Judy and us exchange emails quite frequently. On many occasions she shared photos with us that blew us away. So we asked her to give us a virtual tour through her albums that we wanted to share:

This was Tribeca..before wholesale gentrification.. Not only that, the art was alive...transitioning from post minimal to performance and liberating from material restaints, and the white walls. I had scored out a drawing that broke up a shape into time, then drew it along the highways as a path to follow. 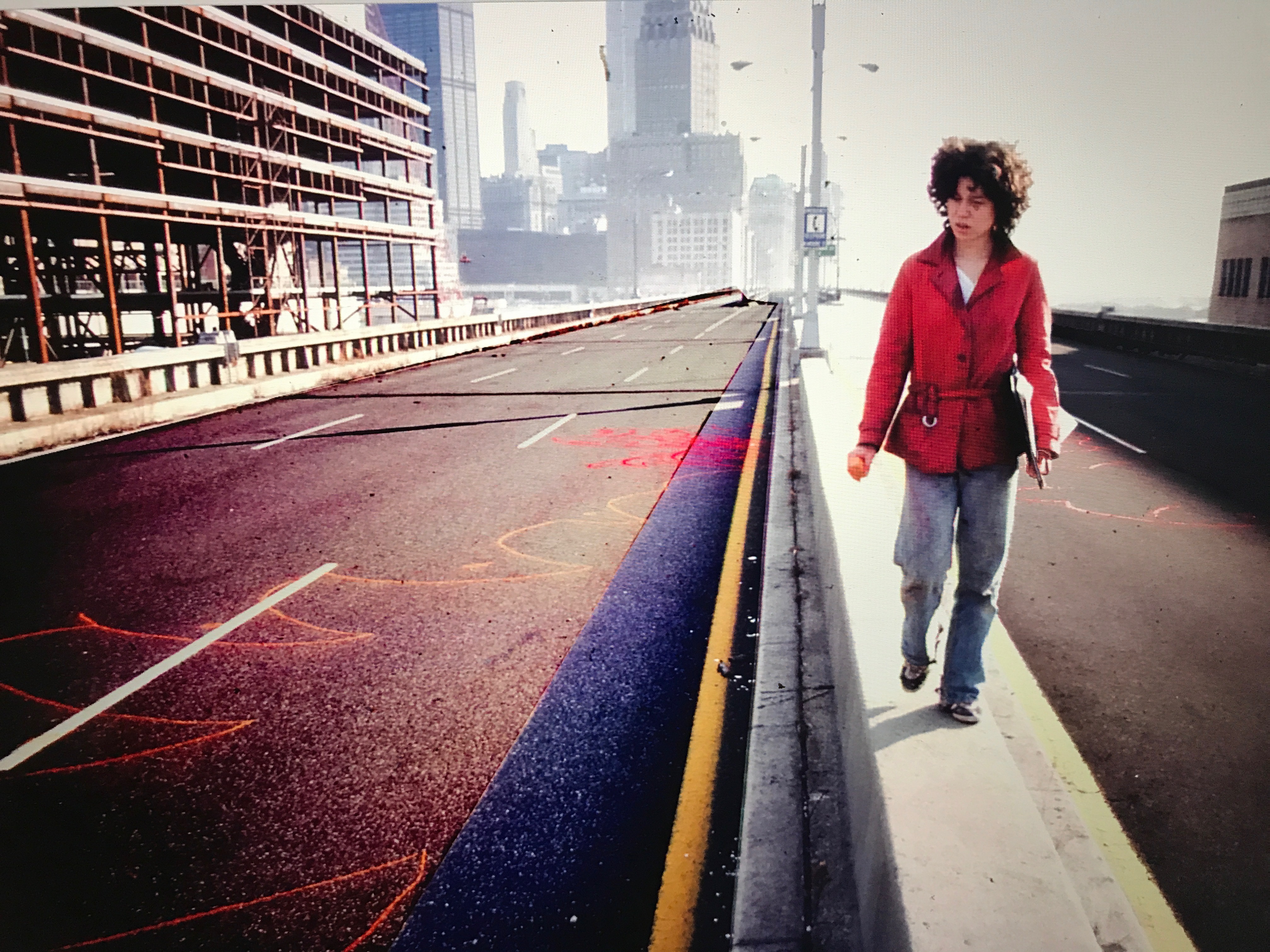 1968, In Taos NM, with David Reed. Painted by Willard Midgette. Here I am pregnant with my son, John Reed. I am holding one of our paintings, which we brought back from a stint painting landscapes while living in the Navajo Reservation. Looks like Monument Valley. These portraits are larger than life. I believe they reside at Roswell, NM Museum. 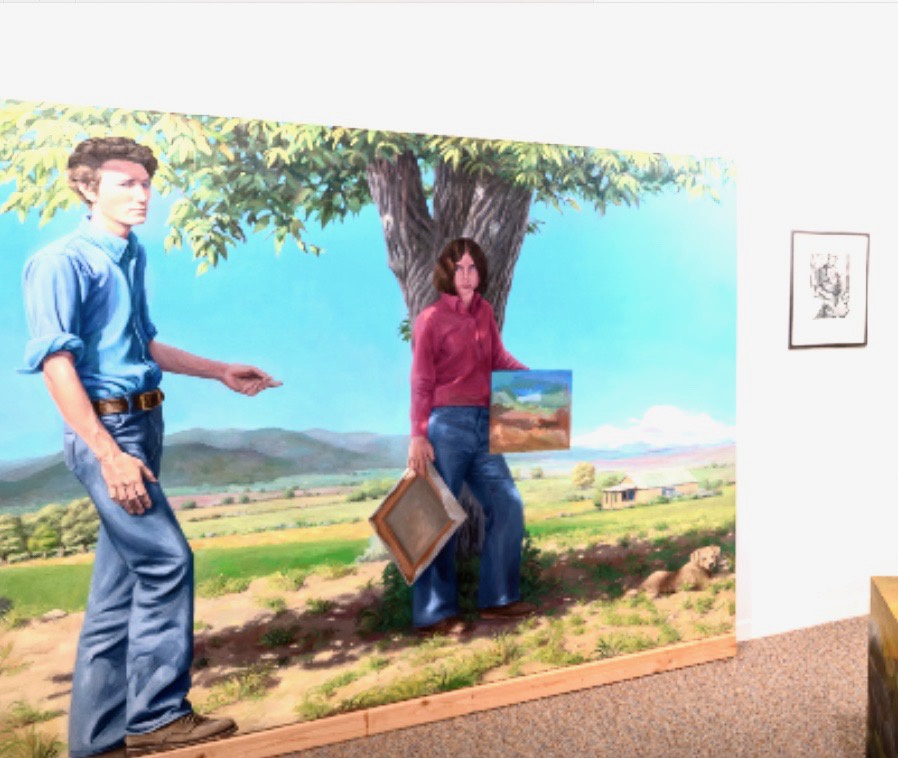 Painted by Willard Midgette, 1974 or so. Looks like detailed from one of Midgette’s multi-figured larger pieces. From the crew cut, NY Minimal, androgynous period. And I recognize, during that time, I lived on lower Broadway. I was getting ready to paint my plywood pieces.

Beirut landing paintings, 1984. Like the review, by Ronnie Cohen in Artforum. I affixed the “waves “ by stretched linen over a gaggle of linen covered one by twos. One now permanently resides at Mint Museum, in Charlotte NC, another in Kemper Museum of Contemporary Art, Kansas City, Missouri. Here, still wet paint at my long time studio at Duane St. in Tribeca.  I had been captivated, in a recent trip to Germany, by  a TV News Screen, showing American soldiers running down the screen, so disarming in their flatness, and yet I could not understand what the newscaster was saying.

Keith came to see my show at Gallery 51X, (1984) just opposite the FUN at St Marks Place. One of my favorite installations, I decided to hang the canvasses first, then paint the paintings in situ. Also extending off onto the walls. Here we are underneath “The Day After Dropcloth”. One of the oil paintings is going to be at your show.

Think we are at biennial here, judging by my outfit. Giant smile! Thumbs up from Keith too. It almost seems like he is still here! Mabe 1984.Photo might be Baird Jones.. He used to send me the snaps.. 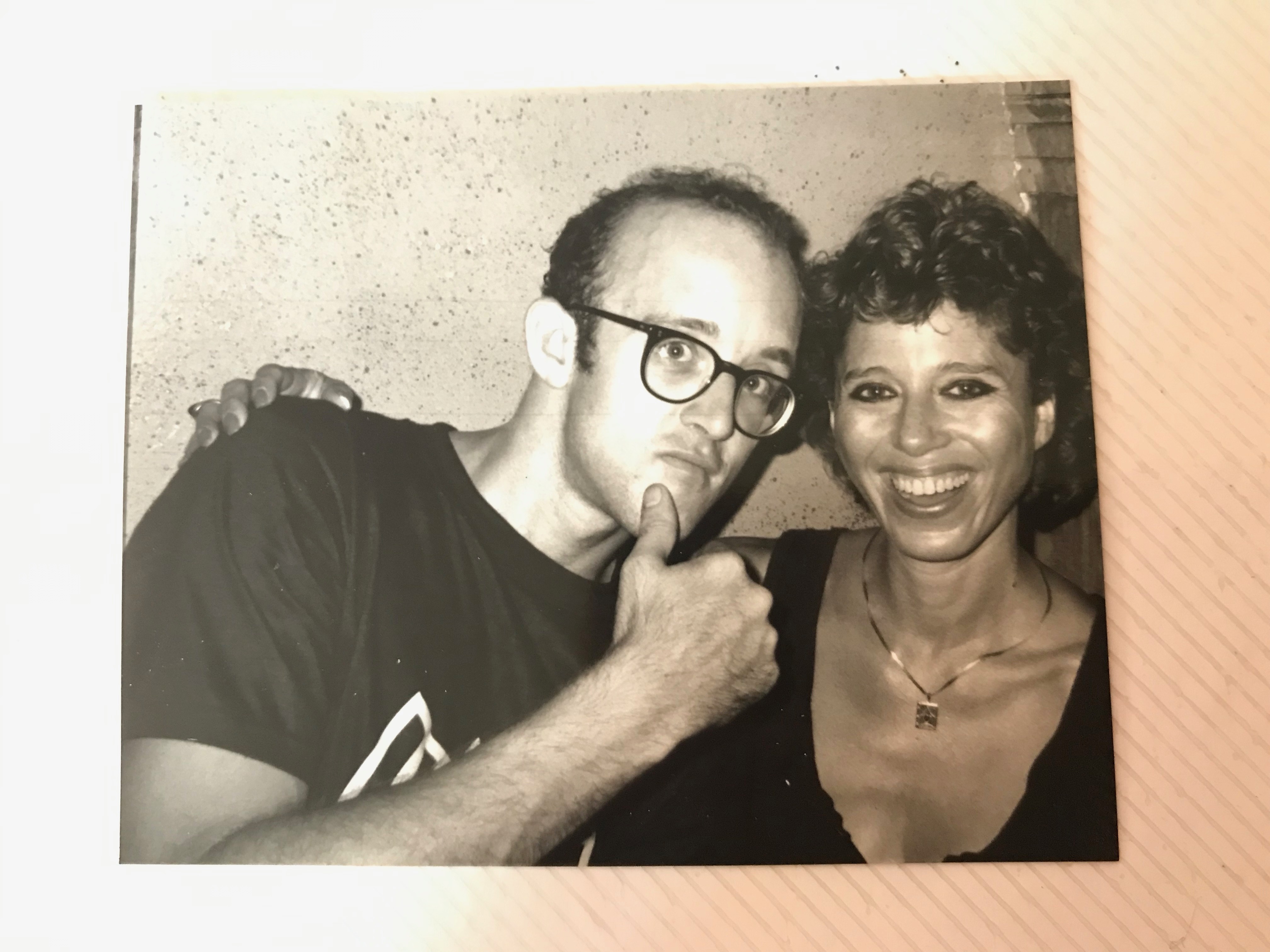 At this point Rene and I ran everywhere. Openings, New Years Eve parties, dinners at Edit Deak. Mostly hanging in at my loft on Duane St. Early days with Brooke Alexander. Rene had just purchased my painting of Vicki’s Dance from Keith, soon to write “Radiant Child” too, pounding the red portable typewriter an my studio table. Tom Warren took this one.. Years? Tom?

These shots by the one and only ubiquitous club curator, BAIRD JONES. I still have one of these in original! I think at a Mudd Club show. Although might have been at Barbara Braathen's. I felt at the time… Iconic! Art was in the clubs, and I was enjoying it to the hilt. Patti , of FUN gallery fame, in one of her stylish dresses. Saw Fab 5 Freddy more recently at a Harlem Art event.. now Fred Brathwaite, cuts an imposing figure, and brilliant. And I used to see him too at Edit Deak’s loft in the Rene- JeanMichel days. Keith and I enjoyed cohort company and drawing appreciation at numerous venues, from NYC to London to Kassel, Germany.